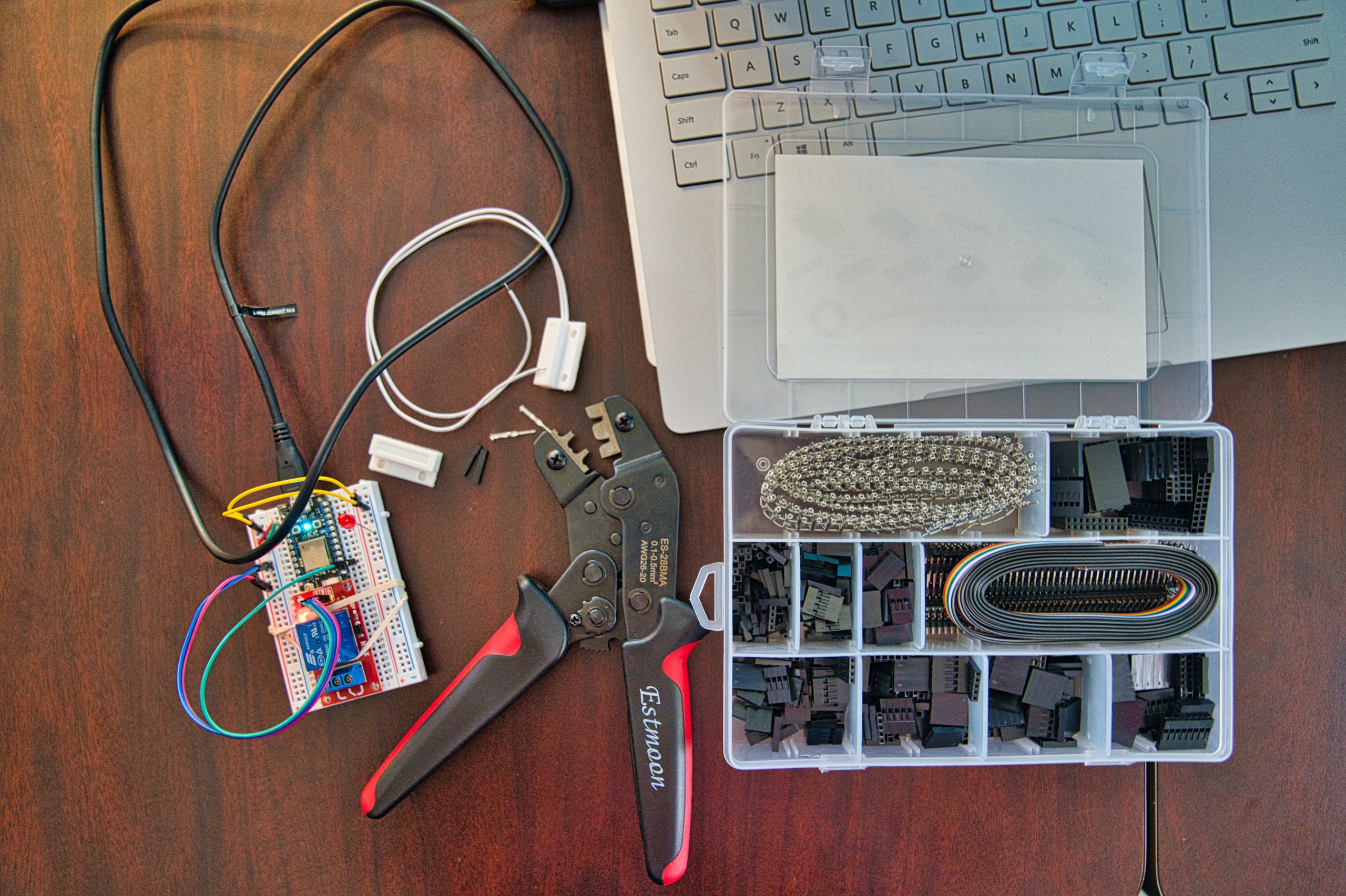 Open Source Hardware (OSHW), on the other hand, is about tangible objects such as machines, devices, or other physical artifacts. Their source codes or design files are made openly available so that anyone:r can study, modify, distribute, build, and even sell the design or the hardware based on it. The hardware design includes mechanical drawings, CAD files, schematics, bills of materials, PCB layout data of printed circuit boards, HDL source codes, and integrated circuit layouts.

Initiative of the community

A growing community of companies, individuals, and groups is developing and manufacturing a variety of OSHW products. Some examples include microcontroller development platforms, satellites, and 3D printers. Crowdfunding and the Maker movement are also related to OSHW. But while electrical and mechanical design are often the first associations with OSHW, the field is much broader these days. OSHW can now encompass a wide range of products, from fashion and furniture to musical instruments, agricultural machinery, bioengineering, and much more.

Historically, OSHW has been based on collaborative and public innovation. For example, its precursors include the Free and Open Source Software (FOSS) movement, the Homebrew Computer Club, and the hacking culture, upon whose achievements many of OSHW’s principles are based. These movements flourished when companies sold early computers as kits or shipped them with schematics in the 1970s.

This development contributed significantly to the emergence of OSHW in the 1990s. Despite the deep roots of this heritage, OSHW only became popular as such in the last decade. This was made possible by the advent of the Internet, which enabled the exchange of hardware designs, the commercial success of open source software, and the declining cost of production tools.

For the production of physical products, a publicly accessible technical infrastructure is necessary. The New Production Institute supports this access via publicly usable production technologies with its own so-called Fab Lab or Open Lab.

The Open Lab at Helmut-Schmidt University in Hamburg was opened back in December 2016. Inspired by the Fab Lab movement from the USA, Open Lab Hamburg has since created a public access point to 3D printers, laser cutters, milling machines, and other production technologies in Hamburg-Wandsbek.

The primary goal of a Fab Lab is to provide the general public with access to modern technologies, machines, and tools that would otherwise be denied to citizens due to their high acquisition costs. In addition, Fab Lab communities aim to promote the DIY movement and sustainability, impart knowledge and boost the circular economy. They want to inspire, repair, develop and invent.

Learning place for every age

Hamburg boasts a strong start-up scene, an up-and-coming creative industry, and an active maker scene. In addition, the Hanseatic city has many years of experience with citizen participation projects for neighborhood development.

We are currently investigating the integration of an Open Lab in the emerging “Kleiner Grasbrook” and “Oberbillwerder” neighborhoods.

In June 2019, the Free and Hanseatic City of Hamburg became the first German city to join the global Fab Cities initiative, which already includes 34 cities or regions worldwide.

Their goal: the sustainable city of the future that can produce (almost) everything it needs itself. The city will become a data-based circular economy with a digitally networked manufacturing infrastructure in which as many residents as possible participate and become producers themselves.

In 2054, this process should be so advanced that Fab Cities only import and export data. In order to advance and realize this vision, Hamburg’s Fab City community of Fab Labs, Makerspaces, workshops, innovative start-ups, and research institutions institutionalized itself in the association Fab City Hamburg e.V. in October 2020.

A Fab Lab or Open Lab is an open technology workshop of a non-profit association or institution that is available for use by the public. The word Fab Lab is derived from the English word fabrication laboratory, meaning a fabrication or manufacturing laboratory. The term Maker Space can also be found in this context.

The term Fab Lab was coined by American researcher Neil Gershenfield, who founded the first Fab Lab at the Massachusetts Institute of Technology (MIT) in Boston in 2002 and thus launched the Maker movement. Makers are people who manufacture new products for themselves or others or who rebuild existing products, usually using current and digital manufacturing techniques.

Typical high-tech machines in a Fab Lab include 3D printers, CNC milling machines, and laser cutters, but also common craft machines such as drills, grinders, circular saws, soldering, and welding equipment. The trend is toward machines that cover the entire production process of a product, for example in the recycling of plastics.

Each Fab Lab is unique and adapts to the circumstances and requirements. For example, a Fab Lab at a university may be a pure lab, while a registered Fab Lab may include a co-working space. Fablab.io shows you where there are already open workshops around the world.

In Germany, many Fab Labs are gathered in the so-called Verbund Offener Werkstätten e.V.

Internationally, the Fab Labs are uniting under the global “Fab City” initiative.

Since 2020, open workshops, maker spaces, institutions, and founders have been united in the non-profit organization Fab City Hamburg. This map shows the members of the association in the Hanseatic city.