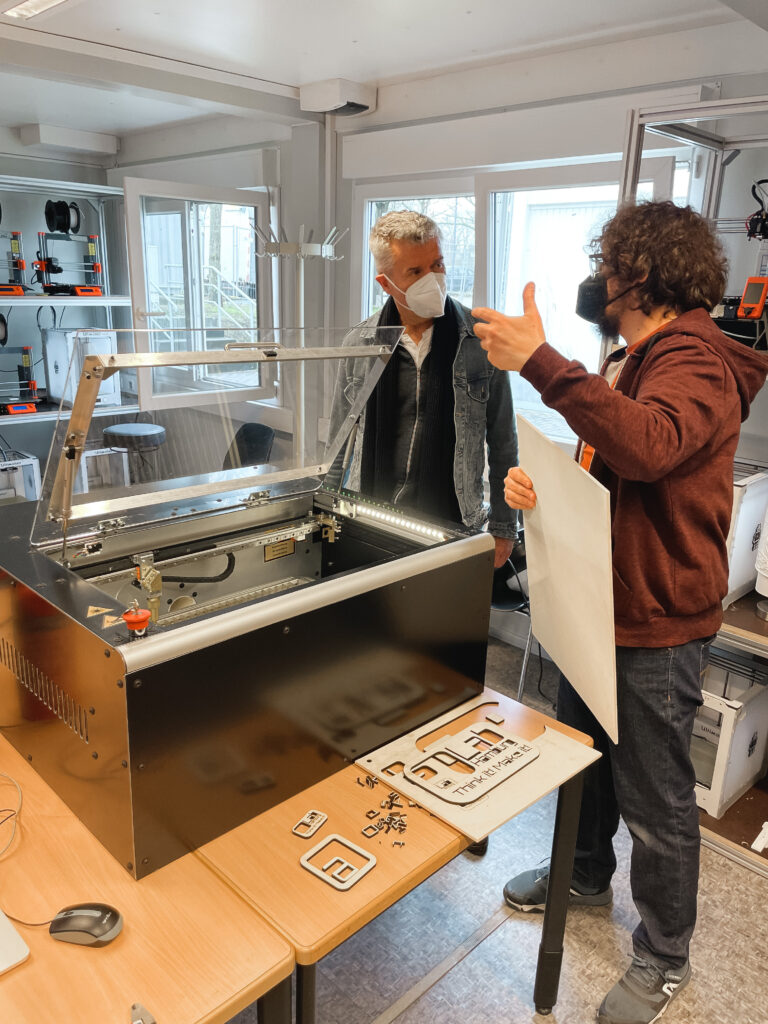 Hamburg’s goal as a Fab City is to produce (almost) everything that the city’s inhabitants need locally by 2054. The establishment of a digitally networked infrastructure and the use of open source principles are ways to approach a local, data-based circular economy as a sustainable city of the future.

The New Production Institute of the Manufacturing Technology Laboratory, headed by Prof. Dr. Jens P. Wulfsberg and Dr.-Ing. Tobias Redlich, supports the research and development of Hamburg into a Fab City and is supported in this by the Center for Digitization and Technology Research of the German Armed Forces (dtec.bw).

But how can a city even approach a local circular economy?

Hamburg is leading the way as a test city, and is developing the Open Lab Starter Kit as one measure in the dtec.bw – Fab City project. The kit will contain a total of eight machine tools by December 2024, which will serve as basic equipment for setting up an Open Lab. The building instructions for the machines will be made available via a digital, open-source repository. A special focus is on the elaboration of precision, material spectrum and work safety according to industrial standards, so that the machines can be easily certified and put into operation by users, but can also be modified according to their own needs. Only the materials have to be purchased and assembled by the users themselves.

At the first presentation a desktop 3D printer, a laser cutter and a CNC milling machine were presented from the Open Lab Starter Kit at OpenLab Hamburg on the HSU campus in February. These machines were developed by Daniele Ingrassia of InMachines Ingrassia GmbH and Mohammed Omer, engineering scientist at NPI of LaFT at HSU, as part of the research collaboration on Fab City. The complete, digital documentation of these newly presented prototypes in OpenLab Hamburg is thus a world first, which is being further elaborated in the current dtec.bw research project Fab City, and can take on a superior role in the democratization of manufacturing technology in the future, according to the head of OpenLab Hamburg Dr.-Ing. Tobias Redlich.