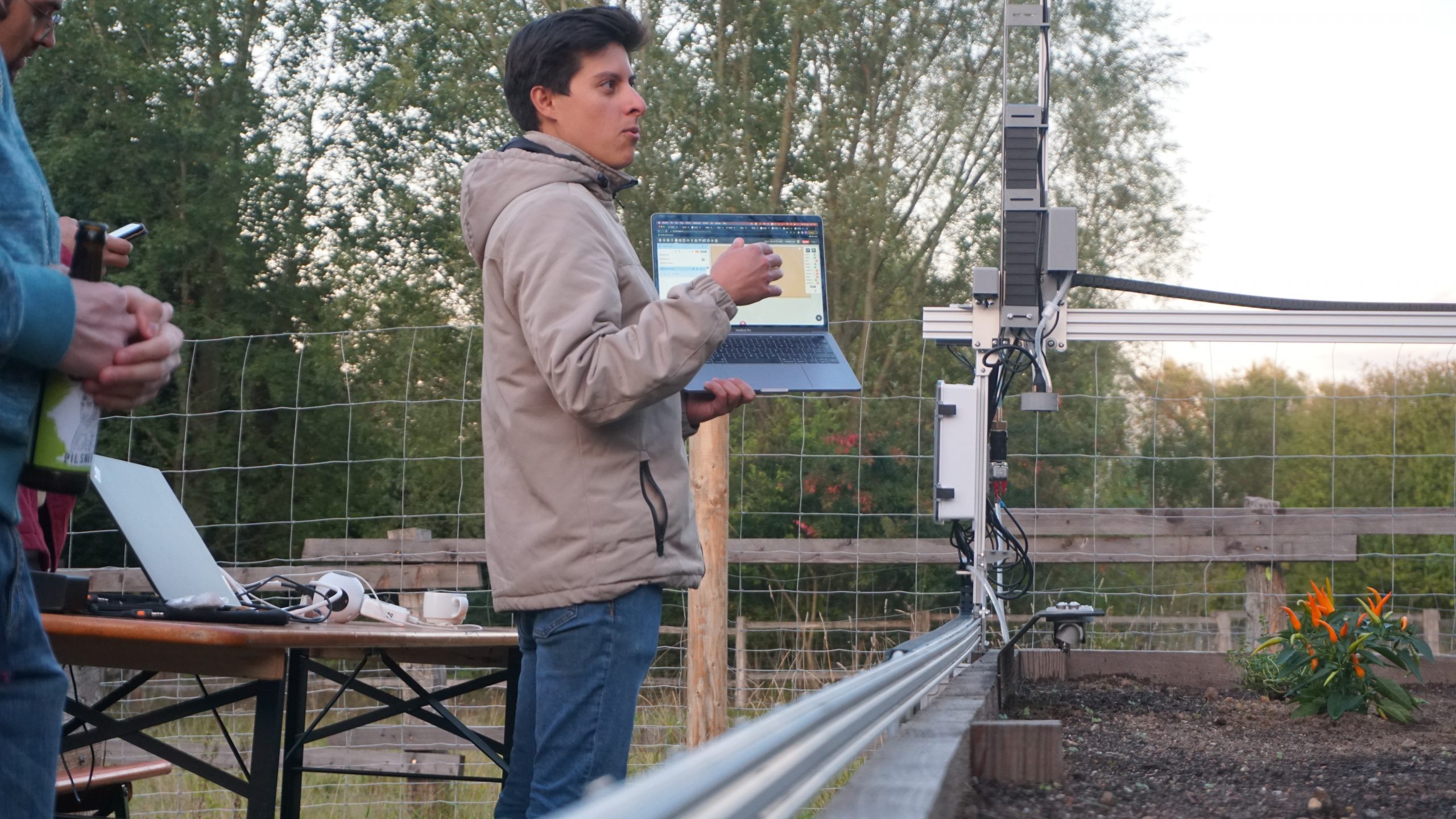 In collaboration between the Hamburger Klimaschutzstiftung and The New Production Institute, a research project for urban farming and farming robots was initiated in 2021 at Gut Karlshöhe, in the framework of the Fab City project, financed by dtec.bw. For the project, two raised beds have been constructed where in one of them a farming robot, the Farmbot, has been installed to compare the resource utilization and efficiency with respect to traditional manual work.

Urban Farming and Open Source Hardware: What is the impact

What are the specifications of the Open Source farming robot “FarmBot”?

The farming robot is from the Open Source company FarmBot and the specific model installed is the Genesis 1.6 XL. It is a cartesian 3-axis robot similar to a CNC machine of dimensions 3m wide by 6m long. The Farmbot is capable of automatically changing the tool head to perform different operations, e.g., seeding, watering, and removing weeds. The robot also has a camera mounted next to the tool head with which the machine can take pictures of the full bed area to detect weeds and keep track of the plants.

Evaluation takes place with the use of permaculture

The concept of Permaculture farming, in which different types of plants that help each other are grown together such that pests and other diseases can be naturally avoided, was also explained during the workshops. The two raised beds will be planted with the same plant distribution in Permaculture manner in spring 2023. &nbsp