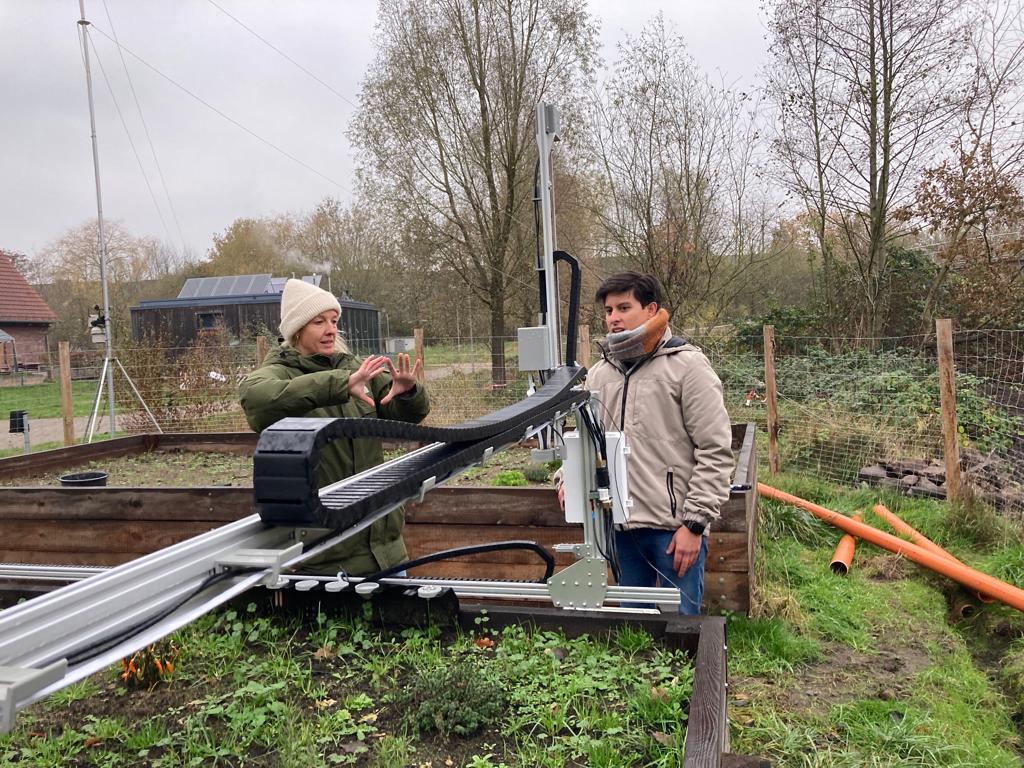 On the 29th of November 2022 the New Production Institute put the Farmbot into storage for a winter break. But before the Farmbot was put into hibernation, the partners involved, Klimaschutzstiftung Hamburg, Fab City Verein Hamburg and Helmut Schmidt University, met to discuss the results of the first test phase.

The Farmbot has the ability to plant seeds in specific locations, keep track of them and irrigate them on its own. Also, the Farmbot can remove weeds with two types of tools; a static pressing tool and a rotary tool. For this year, given that the Farmbot installation was finished in Autumn we could only have a limited test phase. We tried out some of the Farmbot functions in a small section of the raised bed (3m x 6m) where the Farmbot is installed. We could observe from a distance how the plants grew little by little and how the Farmbot took care of the vegetable patch by itself.

Finally, during the last meeting on the 29th of November some radishes were harvested.

The Farmbot has now been partially dismantled to be stored for the winter, and the test and experimentation will be resumed next year on a larger test area. In addition, the test of another agricultural project, the EcoTerrabot, is being prepared by the New Production Institute.

Boost innovation towards an Industry 4.0 in Tunisia